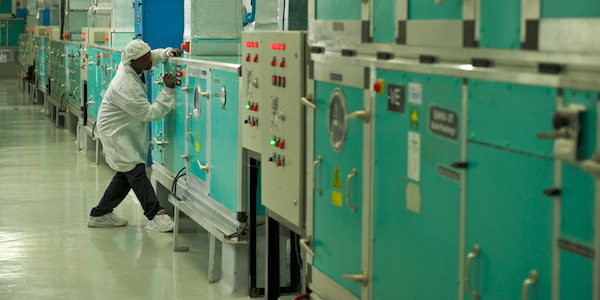 Photo of the week

Quality Chemicals Industries Ltd., just outside of Kampala, Uganda, manufactures generic antiretroviral and antimalarial drugs. The plant is a product of a long-held debate.  Large Western pharmaceutical firms, spending billions of dollars on research and development, complained that Indian companies produced generic versions of their drugs without royalties. On the other hand, these generic drugs drastically reduced treatment costs for diseases that had ravaged low-income countries for decades. To balance the rights of intellectual property with the overwhelming need for generic drugs, the World Health Organization (WHO) and World Trade Organization (WTO) came together to create the TRIPS agreement. Under the agreement, Indian pharmaceuticals like Cipla (which had previously stopped producing generic drugs as members of the WTO) could build plants in “least developed countries” to manufacture these drugs without the risk of infringing patent laws.

Cipla partnered with Ugandan businessman Emmanuel Katongole to create a plant that would produce up to 3 billion tablets a year. The Indian pharmaceutical giant brought in experts to design a highly modern facility. The resulting plant – with its  clean air room, quality control units and advanced machinery – produces AIDS and malaria drugs that are pre-licensed by the WHO and are affordable for the African consumer. In the words of British investor Zain Latif, “It is an African solution for an African problem.”