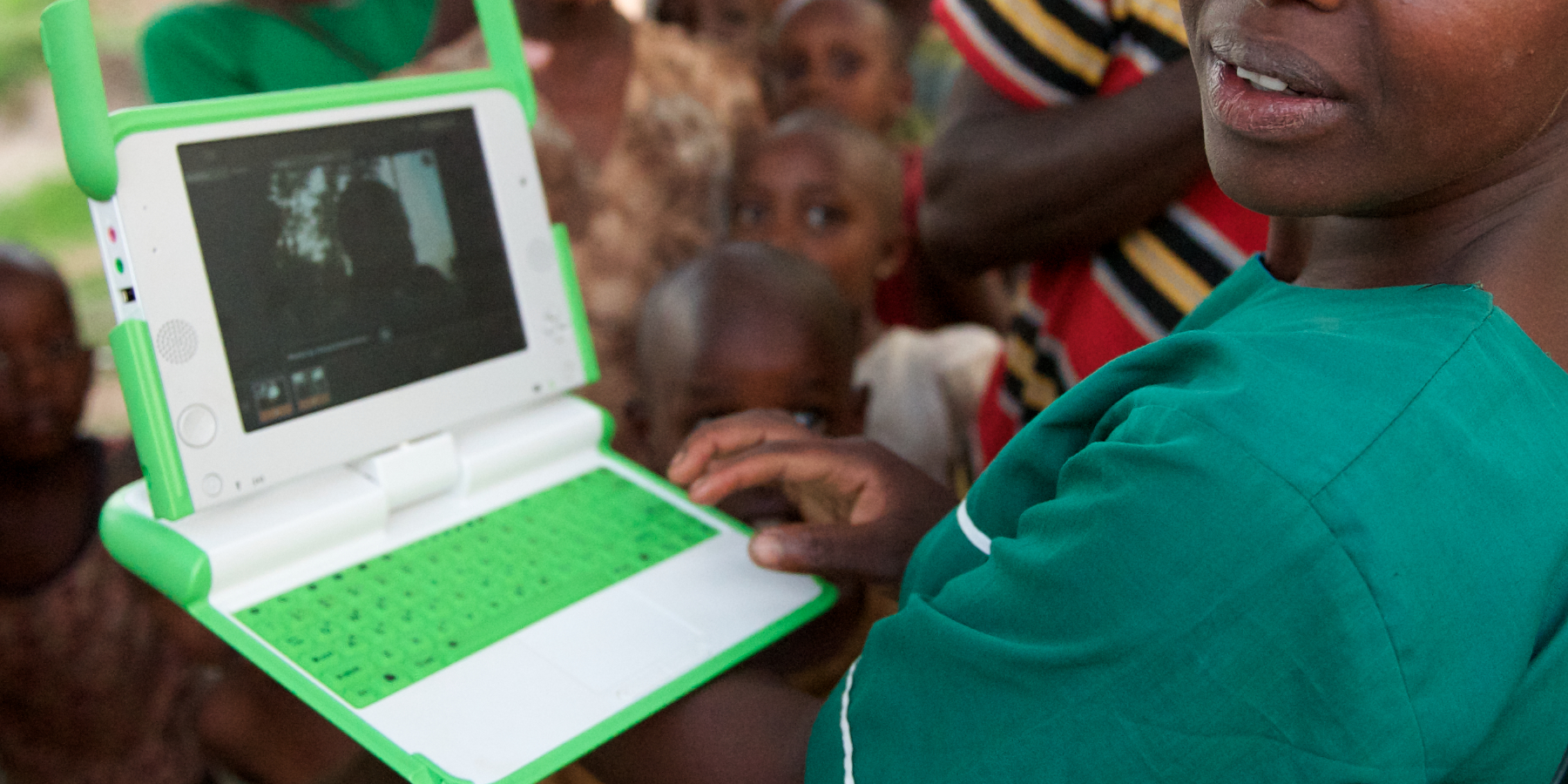 Photo of the Week

I’ve heard a lot about Nicholas Negroponte’s One Laptop per Child (OLCP), and the Government of Rwanda’s 2007 commitment to provide one laptop for every primary school student within five years. But I hadn’t actually seen one until three months ago.

We were in the western province, two hours from Kigali, but a world away from the technology now prevalent in Rwanda’s capital city. The kids had flocked around the car to touch the hand of a mzungu (white man) – a standard procedure, nothing unusual. Then I glimpsed the computer in bright contrast with the dusty streets of the village, a rare moment of seeing the implementation of a great idea.

Critics of OLPC say the idea of an inexpensive “netbook” was debunked after hardware and operating systems vendors saw no financial opportunity in producing such a model. However, Negroponte’s original goal of selling them at $100 a piece seems to meet the enormous demands of Africa’s rural students. The question is, can the OLCP model – a computer stripped of the excesses of expensive laptops and desktops – be created economically and distributed sustainably by the private market?

Thursday, June 2, 2011 – An African solution for an African problem

Thursday, May 18, 2011 – Mobile phone growth tailored to the African consumer