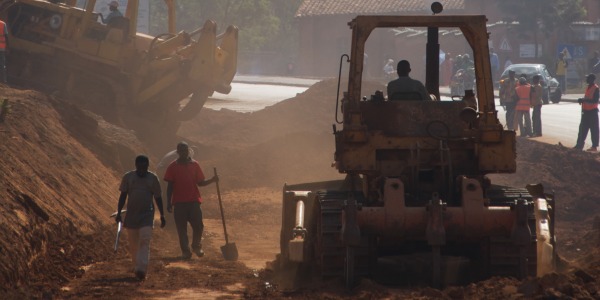 Reaching the Goal By Observing the Rules

To win the game you must first know the rules and then play by them.

Rwanda is greatly admired for many reasons, including its spectacular rise from the abyss of the 1994 Genocide to becoming one of the fastest developing nations on earth. This did not just happen. The greatest achievements in Rwanda have resulted from good governance and disciplined leaders who know the rules and play by them. Even with a remarkable track record, Rwanda’s struggle for liberation continues through poverty alleviation, economic development, and its ascension to its proper place in the global community.

But the most fundamental language of the global economic community is not actually English; rather it is the language of contracts. The language of contracts is (fortunately for all who want to learn it) much more rule oriented, predictable and consistent than English. Negotiation, offer, acceptance, consideration, a mutual exchange of promises, action in reliance, mutual obligations, performance, enforceability, payment of damages for breach of promise, benefit of bargain, etc—this is the language of thriving economies. If Rwanda masters this simple language and applies its rules, the economy will more quickly develop and thrive.

Contrary to the belief of most Westerners, the sanctity and enforceability of contract is not a universal law or worldwide perspective. Nor is it a fundamental issue of right and wrong. Rather than strictly adhering to the sanctity of contract, some cultures commit to their sense of equity, fairness, appreciation for changing circumstances, and what might be called understanding and grace for all in all situations. For them, the agreed terms of the contracts are thus always subject to reconsideration. For instance, a good excuse may be equal to good performance. Perhaps they are right, but such a view greatly impedes commerce and economic growth and repels foreign investors.

Many Rwandans tend to view contractual promises and obligations as subject to reconsideration in terms of current ability, change of circumstances, and fairness any of which may justify nonperformance. However, the global investment community considers this intolerable. It requires that all parties play according to the rules of contract—the only way that the game of commerce can efficiently progress.

Entrepreneurs understand that they will profit from some deals and suffer losses from others, but the most important principle is that all parties perform their contractual promises so that they can move on to the next deal in a robust economy where, in the long term, almost everybody profits. Accepting a loss with integrity is not humiliating or shameful but reneging on a contractual promise is. The most valuable asset of an entrepreneur is his/her reputation for performing as agreed. Likewise, the most valuable capital asset of a national economy is a reputation for honoring the sanctity of contract, which creates an environment into which investors will readily and confidently invest.

The tireless efforts of the many who labor to attract foreign direct investment (FDI) to Rwanda have produced very modest results despite the impressive support of the World Bank’s Doing Business report. Why? Because Rwanda has yet to establish a reputation for upholding the sanctity of contract or efficiently enforcing those contracts. Thus, investors go where they will actually receive what is promised in exchange for what the investor promises even though the agreement might result in a loss. This is what lawyers call “the benefit of the bargain.” In other words, a deal is the deal.

Perhaps a few illustrations will be helpful:

This writer was given $10,000 and the mandate to purchase Kinyarwanda Bibles and distribute them among micro-finance trust groups. Due diligence of possible sources ultimately led to a prominent vendor of Bibles in Kigali. The vendor promised to deliver 2,000 Bibles in exchange for $10,000, which this writer promised to pay. All essential details of this very simple transaction were set forth in a written contract, which both parties dated, signed and stamped with their respective stamps. When the Bibles arrived in Rwanda weeks later, the vendor refused to deliver as promised explaining that his cost of transport had increased and he was therefore not required to perform unless the purchaser agreed to pay more money or accept fewer Bibles. What if his cost of transportation had gone down? What if the buyer’s circumstances had changed, and the buyer now only wanted to pay for 1000 Bibles, or he wanted to buy Bibles from another source for a cheaper price? Thus, the rhythm of simple but robust commerce came to a halt and the parties became embroiled in a wasteful (and quite unnecessary) dispute.

In yet another recent experience, the lack of respect for contract by one person has obstructed a matter of national interest. A social entrepreneur came to Rwanda to set up a desperately needed food processing plant to produce a special product that would save the lives of tens of thousands of malnourished babies in Rwanda, Burundi and DRC. The entrepreneur worked in collaboration with UNICEF, CAMERWA, RBS, and various multi-national corporations who were very good prospects for setting up their own operations in Rwanda. Because of the enormous capital improvements required, it was critical that the entrepreneur’s company own and not lease the site of the food processing plant. After much searching, the entrepreneur discovered a suitable site for the new manufacturing facility. Pending further development of the business plan and financing, he entered into a lease agreement with an option to purchase the real property for $450,000. During the following months, the business plan was perfected and financing was secured. The entrepreneur proceeded to exercise his contractual right to purchase the land for the agreed $450,000; however the owner refused and demanded $600,000. An independent appraisal determined that the property was actually worth as little as $280,000 and no more than $460,000. The project was not viable unless the real property was purchased as contractually agreed. Currently, the project is stalled and mired in litigation while babies are dying. The Rwanda Development Board was asked to intervene, but they were unable to help. The attorney for the entrepreneur assured him that the Rwandan owner had no legal defense against the entrepreneur’s contractual right to purchase the property. Then the lawyer said, “and that means that there is a 60% chance that you may actually win in court.” Unfortunately for Rwanda and its economy, this entrepreneur had other options. He and the multinational corporations that collaborate with him could simply build the same manufacturing facility elsewhere in Africa.

Yet another example illustrates how the Government of Rwanda (GoR) might reflect and improve upon the sanctity of contract. As often so often happens, a high-capacity visitor fell in love with Rwanda and wanted to participate in achieving a great vision. This entrepreneur owns and leads a large firm, which provides valuable personal services. The firm spent approximately $30,000 to respond to a large GoR tender. The firm learned and played by the rules of GoR’s procurement process and as a result they won the tender. The firm believed that the deal was consummated, but for reasons that were never explained, the project was stalled and they were never directed to commence the project. Consequently the $30,000 invested to win the tender was wasted. Still, their love for Rwanda persisted. The firm responded to another tender for another project and won again. This time, the foreign firm actually provided approximately $50,000 in valuable services exactly as agreed in the written contract. There was never any dispute concerning the timeliness or quality of the firm’s performance. Nevertheless, when the service provider presented the invoice for payment (exactly as provided in the contract), the Rwandan recipient of the services decided, “This just seems like a lot of money.” Payment is now one year overdue. Even though this foreign investor is not likely to sue, they will no longer participate in the development of Rwanda and will strongly caution other foreign investors. Rwanda has lost a valuable friend and supporter. Additionally, the cost to Rwanda greatly exceeds the cost of simply paying the contract price as had been promised.

How can Rwanda establish a reputation for honoring the sanctity of contract and thereby create an environment ripe for investment?

First of all, experience tells us that change can be best achieved by the inspiring leadership of President Paul Kagame, who has personally launched and led numerous campaigns to reshape Rwanda to the amazement of the watching world. In a recent successful campaign, His Excellency passionately called upon his nation to learn and greatly improve customer care. Subsequently, the initiative became an issue of national pride. Sanctity of contract and “promise keeping” should become an even greater issue of national pride since it is certainly critical to achieve the goals of Vision 2020. The person who nonchalantly breaches a contractual promise should be castigated in both the community and the courts as an impediment to Rwanda’s vision for economic development and also as a discouragement to foreign investors.

Secondly, not only should the president, ministers, and other leaders of Rwanda take this important message to the people, they should also assure that it is lived out within their own offices and agencies–even when it means suffering some buyer’s or seller’s remorse. Suffering the results of a “bad deal” is a much lesser consequence than suffering the loss of reputation for integrity and credibility.

Thirdly, government, quasi-government agencies, and universities should participate in drafting and promoting very simple, easily understood and used form contracts. These may include leases for homes, gardens, and shops; employment contracts; agricultural contracts for sale/purchase of future crops. Implementing these and other such common contracts that Rwandans can confidently use will boost economic activity.

Fourthly, Rwanda should continue current efforts to provide unrestricted, efficient, economical access to the courts; or even better, Rwanda should provide access to quick and efficient mediation for resolution of contractual disputes by the enforcement of the reasonable expectations of the parties based upon the plain words of their agreement. To be sure, “quick and efficient” cannot be a substitute for sanctity of contract without seriously undermining economic development and the vision for Rwanda. Mediators and judges must be trained and committed to protecting and promoting fundamental legal principles and enforcing legal contracts without concern for personalities, sympathies, or prejudices. Everybody ultimately wins under the rule of law, and everybody ultimately loses under the uncertain rule of personalities.

The sanctity and efficient enforceability of contract is the real lingua franca as well as the rule of the game that Rwanda wants to win. These principles should be passionately promoted by the Office of the President, the Ministry of Justice, throughout the entire government of Rwanda, all the way down to the primary schools and the churches. It should become a key component of Rwanda’s greatest asset, namely, its cultural capital.