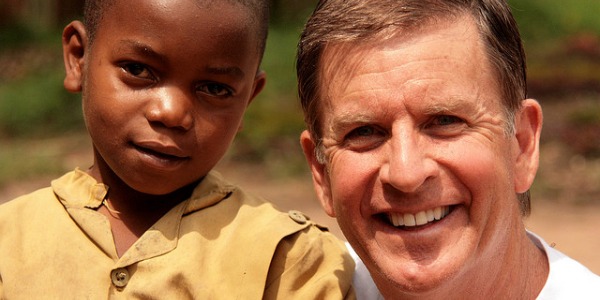 Why I Ditched Corporate and Moved to Rwanda

Four years ago, I traded in my life for a revised version. After 30 years of practicing law and, more importantly, raising three sons, I decided it was time to do something radically different. So I moved to Rwanda, Africa.

When I am among visitors, sooner or later the question always comes up: What brought you to Rwanda? Sometimes there seems to be a tinge of unspoken suspicion: “What are you running/hiding from?” I don’t get defensive, though I suppose that we are all running from or to something. The more important question is, do we ever succeed? I am convinced that running “from” is futile because we carry it all with us. However, I am equally certain that running “to” can succeed. For me, that required a breakaway run. A mosey would never have got me to Rwanda where I am now living a dream.

My inspiration to move to Rwanda came from several sources. I had always wanted to “cheat” and squeeze two lives into the one allowed me. One never seemed like quite enough. Then came an epiphany when I heard the tagline of “Halftime” http://www.halftime.org/ : “To move from success to significance.” Significance sounded pretty interesting. Last but certainly not least, my sons, Tommy, Nathan, and Wesley, live incredibly inspirational, passionate, adventurous lives. When I first broached the idea of my move to them, they responded with an enthusiastic “What took you so long?” (and considered the move simply natural and normal, as I do now).

Whether noble or self-absorbed, the “seeking significance” explanation does not fully cover it. The departure from success to significance is trumped by an attraction to the unfamiliar, the unknown, the edginess of uncertainty, and a reassessment (and rejection) of my former obsession with “due diligence” in meticulously charting my own life. Indeed, I would have never stepped out if I remained determined that my due diligence would set me upon the perfect new path. I decided to “just do something… anything.” And so I went to Rwanda.

Here was what I was running to: The great privilege of participating in the exciting social changes and development occurring in Rwanda and elsewhere. The “Rwanda story” that most people know is limited to the horrific 1994 genocide in which 1 million people were slaughtered in 100 days.

The “Rwanda story” I experience every day is one of reconciliation and rebuilding of a nation that is growing its GDP by 7to 8 percent per year; provides compulsory education for nine years for every child; offers universal health care; and is raising the standard of living of those at the very base of the pyramid. GDP growth is a very boring number for most of us, but it immediately translates to food and healthcare for hungry Rwandans.

Today, I am the Country Director of Bridge2Rwanda (www.bridge2rwanda.org), an NGO which focuses on three integrated entrepreneurial initiatives: Business development to facilitate the creation and growth of successful businesses in Rwanda; “Borrowed Talent” to mobilize and facilitate those who are called to invest their time and talent in Rwanda; and The ISOKO Institute, a think tank dedicated to entrepreneurial solutions to the challenges of Africa.

Lest you be misled, please understand one very basic fact: I am just your average coward. Suffering and sacrifice are very foreign concepts to me. What I have discovered, however, is that life comfortably ensconced in a safe cocoon misses out on too much of what might be learned, experienced, gained from and shared with others. Those others who are in developing countries are often in desperate need, but many of them beam with smiles and contentment that I covet.

I want to know them, their joys and their struggles. That is the experience to which I run every day.