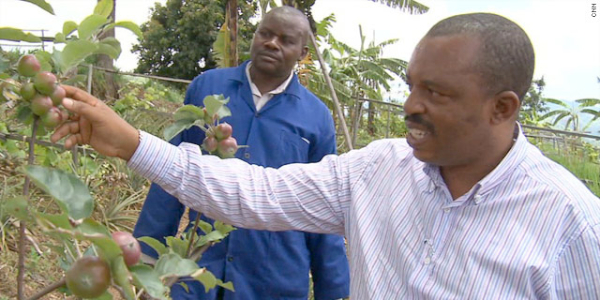 Having established a business empire from the bottom up, he’s now training local farmers to help make Rwanda an agricultural exporter.

“My aim is to make sure that the Rwandan people build themselves and get out of poverty,” he says.

“My aim is to make sure Rwandan farmers, because they are rated at 90%, feel proud to be farmers. I’m sure I’ll achieve it because so far I have achieved a lot.”

There’s no disputing Gerard’s achievements. Twenty-five years ago he had just one employee, who helped him sell the bread he baked at his parents’ farm. Now, Gerard says he employs hundreds of workers and buys produce from thousands of farmers…